Back-to-back publication in Angew. Chem.: in vitro and in cellular stabilities and spectral analysis of i-DNA

i-DNA, also known as i-motif, is a fascinating four-stranded structure fromed by cytosine-rich sequence and discovered in 1993 (Figure 1A). More and more researches evidenced the widespread existence of i-DNA-prone sequences in human genomes, especially in the oncogene promotors, and demostrated the formation of i-DNA structure in human cell nucleis. Even i-DNA has a number of key biological functions such as telomere length maintianing and gene regulations, and becomes an emgerging anti-cancer therpy traget, the total number of experimentally confirmed i-DNA-prone sequences is no more than 230 until the end of 2020. Due to the lack of systematic research, there is no academic consensus about how sequence diversity affects the i-DNA formation, and contradictory conclusions have been drawn from differents labs. In addition, major researches relevant to i-DNA are performed in the solution instead of in cell, raising a question that does the data obtained in vitro refects what happens in cells?

In order to figure out how sequence diversity affects the i-DNA structure, and compare the i-DNA stability in cell and in solution, near 300 sequences were designed,and both thermal and pH stabilities were tested: number of hemi-protonated cytosine-cytosine base pair (Figure 1B, C·C+), loop length and base compositions, flanking nucleotides number and base compositions. Based on the huge data produced, mathematic model for the prediction of i-DNA stability was built for the first time by machine learning and other methods. 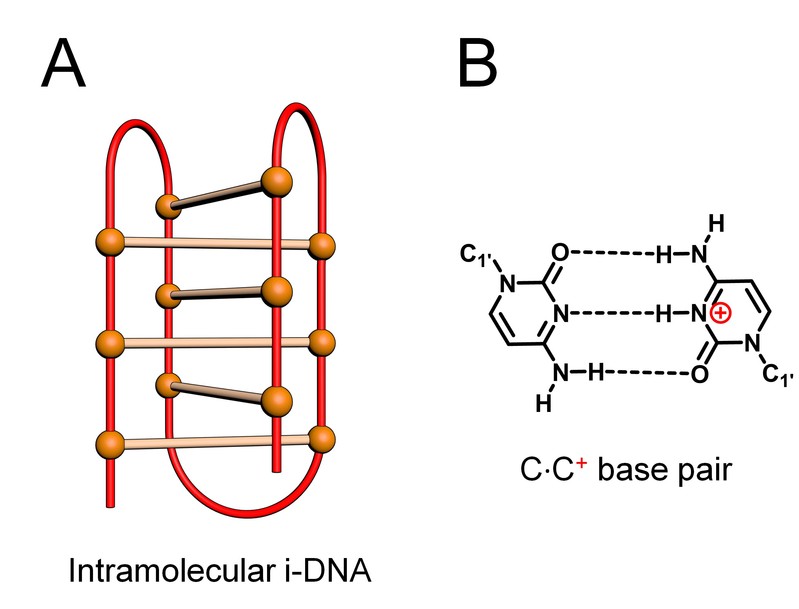 The results showed that i-motif stability does not depend on the total loop length in a certain range (Figure 2A). As a comparison, G-quadruplex DNA stability decreases along with the loop length. Therefore, a notice should be took to build an algorithm to search the i-DNA and G-quadruplex-forming sequences in genomes due to the difference brought by the loop length. i-DNA with a relative longer central loop shows a higher stability (Figure 2B), that is consistent with what we have found in G-quadruplex (Nucleic Acids Res., 2018, 46, 9264-9275). In addition, i-DNA stability increases with C·C+ base pair numbers (Figure 2C). 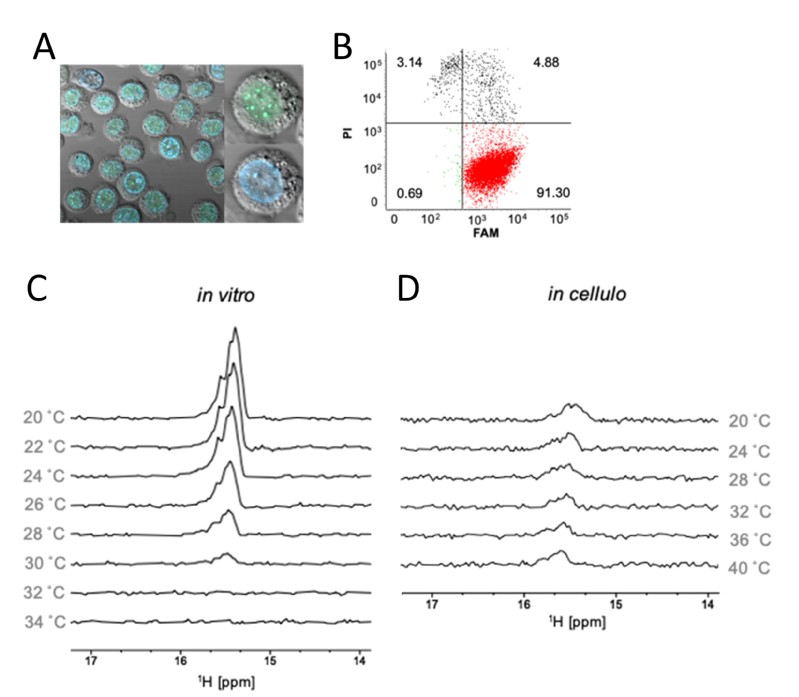 Circular dichroism (CD) and thermal difference spectra (TDS) are usually used to characterize the i-DNA structral properties. Based on the large data of sequence diversity and the corresponding spectra, the results reveal that the main peaks of CD and TDS are mainly contributed by the i-DNA stem part formed by C·C+ base pairs, and transition components between the main peaks are mainly contributed by the loop regions (Figure 4). 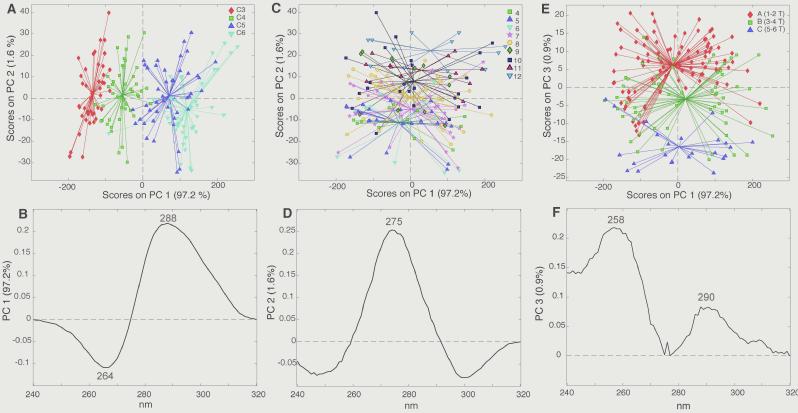 This project makes the total number of experimentally confirmed i-DNA-prone sequences doubled. Due to the huge data produced and detailed spectra analysis, this project was submitted back-to-back to Angew. Chem. journal as two full research papers and highly commented by the reviewers: “The study by Cheng et al is much more systematic than previous ones, and it can help solve some controversies in the field” and “The authors have done a landmark study of the i-motif”. This project presents a global picture of sequence-constraint i-DNA, and will contribute to the establishment of i-DNA formation database, the building of genome searching algorithm and guiding the design of i-DNA-based programmable nucleic acid nanodevice. This work was mainly completed in the lab of Dr Zhou Jun and Jean-Louis Mergnyfrom School of Chemistry & Chemical Engineering, Nanjing University, and was also supported by the labs of Prof. Lukáš Trantírek, Prof. Aleksandr B. Sahakyan and Prof. Antonio Randazzo.